A Global History of Blacks in the 19th Century

A life-changing book that will alter your world view as it chronicles in fascinating detail mesmerizing historical facts heretofore not taught in school. 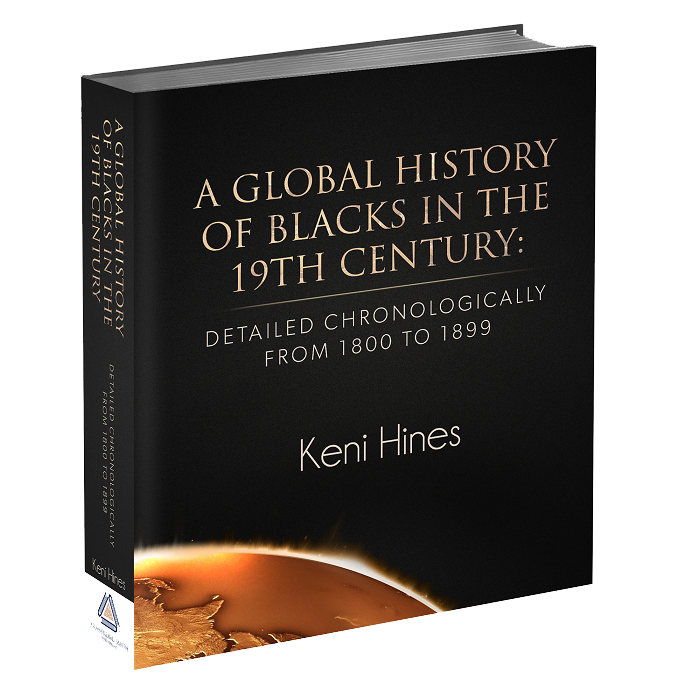 Praise for the Book

Keni Hines is an accomplished writer, educator, historian, entrepreneur, and the author of the eye-opening text, A Global History of Blacks in the 19th Century: Detailed Chronologically from 1800 to 1899. His new book of world history aims to educate and elevate the thinking of all who seek to understand the underlying historical facts that helped shape and make today’s global framework.

Born Kenneth Earl Hines in Elizabeth City, North Carolina, he was raised in Detroit, Michigan, and now resides in Houston, Texas, where his company—Armstrong Smith Publishing—is based. After majoring in journalism and earning an undergraduate degree from Wayne State University, he obtained his MBA from the University of Detroit. He has held professional positions as a journalist, high school teacher, college professor, management consultant, and business owner.

He and his wife, Janice, have three daughters and 10 grandchildren.

A Global History of Blacks in the 19th Century, represents a sincere effort by Hines to teach all who wish to learn about the true history of people of African descent during the 1800s. Through this extremely informative and enlightening resource, he corrects much of the mis-information surrounding people of African heritage that has occurred during this time period. While doing so, the author brings to light many of the missing pages world history. His hardcover reference book will be used as an educational tool for high school and college students and as a Black history book to engage families, individuals, book clubs, and study groups seeking to self-educate. It is also intended to be used as a teaching instrument from which the older generations will help instruct the younger age groups, or—in some instances—the younger generations may use the textbook to help better inform their elders.

Hines’s vision: To bring a higher appreciation of Black history and a deeper understanding to the vast experiences of African people. By uncovering historical facts that have been intentionally concealed—in some instances for centuries—his manuscript helps reveal the giant footprint that proud Black people left throughout the diaspora during the 19th century.

This volume of history represents more than a decade of dedicated, detailed study of African people and occurrences in the Americas, Africa, Europe, Asia, and Australia. His new book includes little-known facts as well as familiar (yet often misinterpreted) historical accounts of people of African origin. It is complete with an extensive bibliography and a detailed index.

Hines is also the author of English Grammar Made Easy: A Step-By-Step Approach to a Mastery, which will be published in mid-2021. In addition to his publishing business, he conducts history presentations and writing workshops. A portion of the sale of each of his books supports the Boynton Project, which is an effort to raise the academic standards and standardized test scores of students who attend the same elementary school in southwest Detroit where he and his 13 siblings attended.

Excerpts from the Book

The one-drop rule, used to determine racial identity in the United States, was ushered into existence via the 1831 court case of Polly Gray v. Ohio. The legal action involved the eligibility of a Black witness to testify against Polly Gray, who looked White by outside appearance but was deemed to be a quadroon (Gray had one Black and three White grandparents). Under Ohio’s “Black Laws,” a Black person could not testify against a White person in court, and since Gray considered herself White, it was argued that a Black witness could not testify against her. The Ohio Supreme Court ruled in the case that an individual having more White blood that Black blood was determined to be White and not subjected to laws that governed Blacks.

Agreeing with both the prosecution and the defense, the court ruled that physical appearance was the only determining criterion for racial membership. The Ohio Supreme Court acknowledged that there was a problem as to where to draw the line by stating, “We believe a man, of a race nearer white than a mulatto... should partake in the privileges of whites.” Nevertheless, the case marked an important defining moment in American history. It was the last appeals case in a free-labor state where traditional factors such as physical appearance, blood percentage, or association would determine which side of the “endogamous color line” a person was on. From that point forward, the courts in America instituted some form of an invisible one-drop rule. This rule dictated that even a visibly undetectable trace of African blood would be considered in establishing one’s race. Having one drop of Black blood deemed an individual to be “classified” as a Black person in the United States. Within a century, the “one-drop rule” would entirely supplant all other methods of determining race in America.

The deadly Maxim Machine Gun, which was invented by American Hiram Maxim in London, England, in 1884, intensified Europe’s efforts in colonizing Africa. After Maxim founded the Maxim Gun Company to manufacture the new weapon, within the next five years, the portable killing machine would be used to wreak mass destruction on indigenous Africans. The new weapon played a key role in the quick, decisive defeat of the tribal armies that fought courageously but unsuccessfully against invading European forces. This became an unfortunate reality for indigenous Black Africans because during Europe’s scramble to partition off Africa, it was the Maxim machine gun—more than any other weapon—that allowed the raiding outsiders to overtake most of the African continent that was stolen from the end of this decade onward. Hiram Maxim first licensed his firearm invention, an armament that could fire 500 rounds per minute and had the firepower of about 100 rifles, to the British Army in 1889. The following year, the armies of Austria, Germany, Italy, Switzerland, and Russia incorporated the superior armament into their firearm arsenal. France soon followed, and eventually, all of the imperialists of Europe that participated in the colonial land grab used the Maxim Machine Gun to kill hundreds of thousands of Africans in their efforts to complete the process of colonizing the continent.

The idea for annexing Cuba resurfaced for a third time in 1847 when private citizens in the United States met with a group of wealthy Cuban plantation owners. Both sides sought to have Cuba annexed by the United States so it could become a slave-labor state. Journalist John O’Sullivan and newspaper publisher Moses Beach, both advocates of Manifest Destiny, met secretly in Havana with members of the Club de la Habana (the Havana Club). The Cuban group, which included Miguel Aldama, Cirilio Villaverde, and John Thrasher, advocated overthrowing the Spanish colonial administration to achieve its desired incorporation of Cuba into the U.S. South. Although the movement to make Cuba a slave-labor state died a natural death with the end of the U.S. Civil War, the idea of annexing the Caribbean island would continue as an objective of wealthy Cubans and Americans for the remainder of the 19th century. Previous attempts to annex Cuba had occurred in 1810 and 1811.

The Emancipation Proclamation went into effect on January 1, 1863, theoretically emancipating those slaves within states that were in rebellion against the Union. The truth is that proclamation drafted by President Abraham Lincoln did not free a single slave (Bennett 6). It was a worthless piece of paper that only led the public to believe that it freed slaves in the Confederate-controlled states (where President Lincoln had no jurisdiction). Neither did the proclamation do anything to free slaves in the four Union-controlled Border States that were not in rebellion but under Lincoln’s full authority.

In essence, Lincoln’s executive order freed on paper those slaves he had no authority to emancipate; while at the same time, it left in bondage those bondsmen that he, as President of the United States, had full authority to set free. So skillfully was the proclamation designed and written that it appeared on its surface to offer freedom to the three-million-plus enslaved Blacks residing in the 11 Confederate states. Yet, it lacked the force of law to emancipate any of them. For the record, the Emancipation Proclamation left enslaved—and did not address—some 800,000 other Blacks who were enslaved within the Union’s Border States of Delaware, Maryland, Kentucky, and Missouri (and eventually those in the new state of West Virginia). Since these states had remained loyal to the Union, Lincoln’s Emancipation Proclamation permitted slavery to remain there uninhibited and intact.

A closer observation reveals that two Confederate states, Virginia and Louisiana, had numerous slaveholding counties or parishes that refused to rebel and therefore sided with the Union. There were, for example, seven non-rebelling counties in Virginia (including Norfolk and Portsmouth) and 13 parishes in Louisiana (including New Orleans) that refused to be a part of the rebellion. In fact, residents of 39 counties in northwestern Virginia voted to approve the formation of a new Unionist state. They then separated from the state of Virginia and formed the new state of West Virginia on June 20, 1863.

Thus, it became the fifth Border State in the Union. President Lincoln left these areas precisely as if the proclamation had not been issued. Instead, his famous document in theory granted freedom only to Black slaves residing in the Confederate states of Alabama, Arkansas, Florida, Georgia, Louisiana, Mississippi, North Carolina, South Carolina, Tennessee, Texas, and Virginia. In reality, the Emancipation Proclamation freed not a single slave.

For the enslaved people of African descent in the United States, life changed very little after the issuance of the proclamation; this, of course, runs contrary to popular belief. Much like President Lincoln, the document has been allowed to give the false impression of freeing the slaves in the United States. Evidence shows that the Emancipation Proclamation was a deceitfully designed document, used primarily as a strategic military maneuver. Lincoln himself portrayed this executive order as a “fit and necessary war measure.” History shows that most slaves who tasted freedom during the war did so only after Union soldiers advanced to the areas where they could escape behind Union lines.

The controversial painting The Slave Ship, by British artist J. W. M. Turner, was first put on display in 1840 at the Royal Academy in London, England. The painting, also known as Slavers Throwing Overboard the Dead and Dying—Typhoon Coming On, depicted the crew of a slave ship throwing dead and dying slaves into the sea. Turner reported that he based the painting on a true account of what had occurred aboard the slaver Zong in 1781. That incident involved the captain of the Zong ordering that 133 African slaves to be thrown overboard to collect on the insurance placed on the ship’s human cargo. The subject of Turner’s painting, the tossing of human beings overboard during the middle passage of trans-Atlantic voyages, was a common practice of crews aboard 18th and 19th century slave ships. Tossing the dead and dying overboard was done to collect fraudulent “lost at sea” insurance claims for drowned victims. Turner was inspired to paint The Slave Ship after reading Thomas Clarkson’s The History and Abolition of the Slave Trade, which was published in 1808. 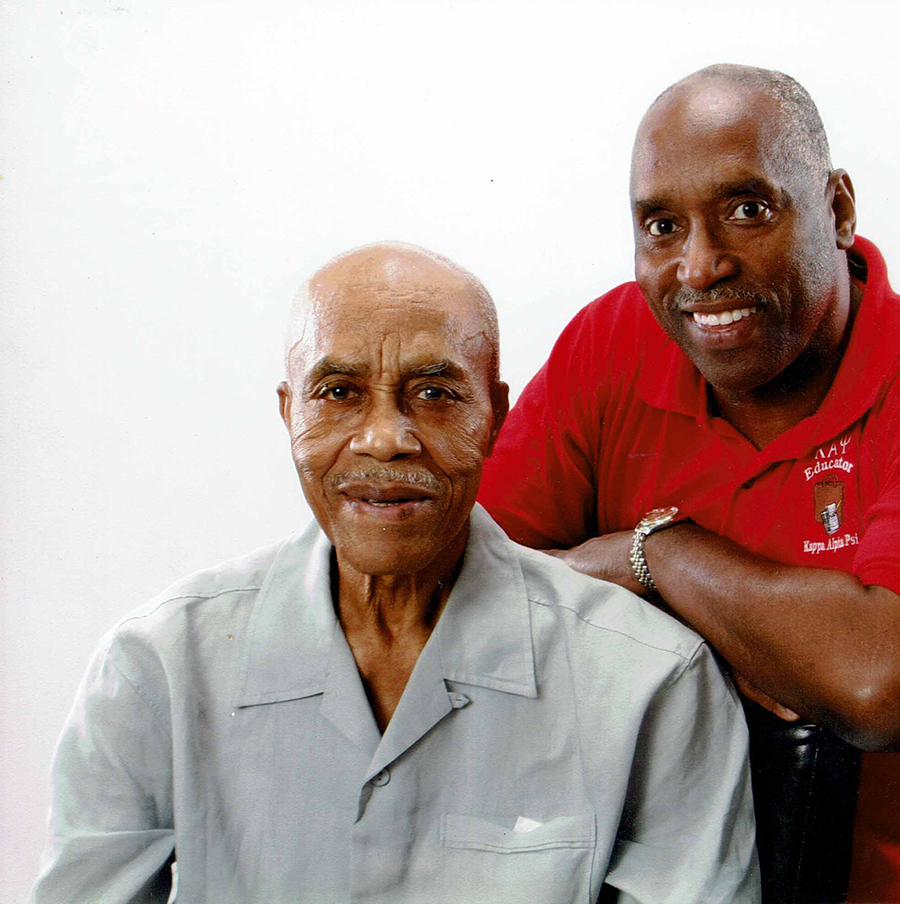 “What we are merely taught seldom nourishes the mind like that which we teach ourselves.”